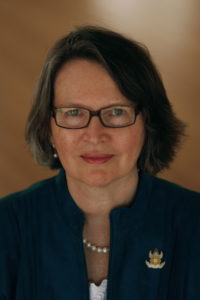 I began practicing and studying the Buddhist path shortly after my brother died in a car accident in 1973. From that time on, the mystery of death and the guidance of my teachers has continued to inspire me to turn towards my fear with an open heart and mind. This theme of love and fear, along with the Buddhist teachings on death and dying, are my central focus over the past few years thanks to being diagnosed with an aggressive cancer in 2020. The experience of chemotherapy in particular gave me a taste of witnessing my familiar body and mind dissolve into someone new. The thread I was able to hold onto was trust in the heart-instructions, to bring loving presence to fear, to let go into a bigger space of tender vulnerability, and most importantly to have a deeper understanding of what suffering means to countless others.

My life has both an outer story and a more hidden one. The outer facts are that I grew up in Vancouver, BC, studied philosophy at the University of B.C, got a master’s degree in Buddhist and Western psychology at Naropa University in Boulder Colorado and later became licensed as a couple’s and family therapist. In 2012, I published a book, The Five Keys To Mindful Communication, which arose from my experience applying the teachings of Buddhist psychology to the challenges and strengths of our relationships.

The hidden story is about the transformative times I’ve spent outside normal life. First there was the Catholic convent school I attended from Grade 1 to 12. My teachers were cloistered nuns,  from a 250 year old contemplative lineage that emphasized spiritual practice, education and social engagement.

The second hidden place was the safe-house for battered women where I worked for six years. During that time several of the women we sheltered ended up being murdered by their partners. The staff and volunteers who supported these women made a deep commitment to practicing non-violence in our communication with each other and our intention to create a ‘green zone’, a safe place for women and children, was a dynamic work in progress every day.

Following the women’s shelter, my third hidden place was a maximum security prison where I worked mostly with men who were sex offenders. I needed to understand these people, the most despised human beings in our society who were housed in the most punitive and degraded setting. Thankfully, this was an Alaskan prison and we had access to progressive opportunities to enrich our program with Alaska Native culture and traditions.

The fourth hidden place that shaped my life was my volunteer work in a hospice. Within a few weeks in 1990, my brother in law died of AIDS and my daughter died during birth. There isn’t a person alive who won’t be touched by grief, and the experience of spending time with dying people for me has been to show the beauty and sacredness of every moment of life.

Finally, the most important hidden story is my buddhist practice, which included nine years in retreat at Gampo Abbey, a Buddhist monastery in Nova Scotia. For six of those years I was the retreat leader, mentored by Ani Pema Chodron.

My life on the Buddhist path has been blessed by great teachers, especially Chogyam Trungpa, Rinpoche and Khenchen Thrangu Rinpoche.

I left the Abbey in 2008 and returned to Vancouver to support my elderly parents. Since then I served as a senior teacher for the Shambhala Buddhist community for Sakyong Mipham Rinpoche until I retired in 2020.

Another important fact, for the past 34 years I’ve been happily married to Jerry, a true soul-mate who has accompanied me on this strange and wonderful journey.

Our son, Sheehan, lives in China with his wife, Summer. 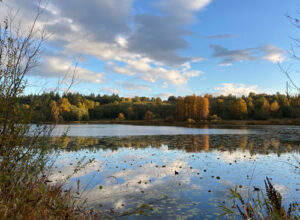